China's deployment of 5G to rebound after coronavirus: experts 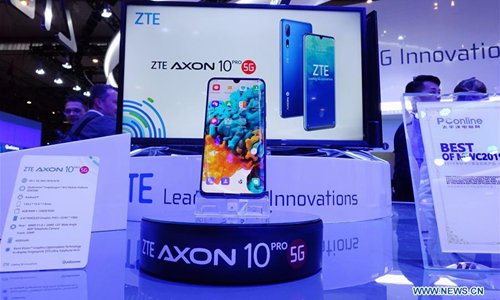 China’s deployment of 5G services is likely to rebound with a vengeance after facing setbacks during the coronavirus outbreak, making sure the deployment remains unaffected, according to industry experts.

The coronavirus crisis, which has claimed 1,368 lives and delayed most industries’ work, is having an impact on the development of the next-generation network.

China Mobile, one of the three major network operators, said that the installation of 5G base stations in Beijing has been postponed, according to a report by the Economic Observer. About 6,000 5G base stations have been installed in Beijing but work has not been allowed to continue due to safety concerns.

However, despite the current pressure on 5G operators, it is likely that the deployment process will speed up after the crisis with the support of the government, Fu Liang, a Beijing-based industry expert, told the Global Times on Thursday.

“As long as the coronavirus can be contained by April, the 5G deployment schedule, including the construction of non-standalone 5G tracks, will not be affected,” Fu said. “Hundreds of thousands of base stations are built every year in China, and staff are already trained and ready to resume work any time.”

Fu noted that the spread of the virus is putting considerable pressure on the industry and affecting its development by putting off not only the construction of the base stations, but also the formation of standards.

On Thursday, the world’s largest mobile congress, Mobile World Congress, was cancelled by the organizers over coronavirus concerns. As a major showcase for Chinese mobile companies and one of the most important gatherings of industry experts, the cancellation means the formulation of international standards for the 5G industry might take a longer time.

According to Fu, although the deployment of 5G will not be deterred by the coronavirus, the crisis will make it harder for operators to make profits soon with 5G, and it is likely the government will introduce policy support for network operators to further invest in 5G.

“Undoubtedly the crisis is making business harder for the operators,” Fu said.

“Phone shipments in the first quarter are expected to go down. Support policies, such as cheap, direct supply of electricity to base stations, can be expected to make sure the deployment of 5G goes smoothly.”
Newspaper headline: Deployment of 5G to rebound after coronavirus: experts