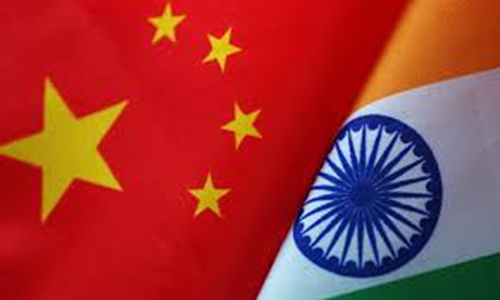 Many from the Chinese business community are finding it impossible to return to their posts in India after the Indian government issued a blanket ban denying entry of people from China following the outbreak of the coronavirus epidemic. Experts pointed out the suspended business exchanges are likely to bring an economic consequence.

After the WHO classified China’s outbreak of novel coronavirus pneumonia (NCP) as a public health emergency of global concern, the Indian government imposed a temporary ban that forfeits any visas held by those from China.

A Chinese diplomat, who is stationed in India, told the Global Times that now many Chinese, middle management at their companies, could not enter India. “They went back to celebrate the Chinese Lunar New Year but now they cannot come back to their posts. They hold work visas.”

The suspension in business exchanges would take an economic toll, Wang Chao, the chief business officer of Beijing Shareit Information Technology Co, noted, predicting business operation in the first half of 2020 would be seriously affected as the travel ban has prevented the physical presence of the Chinese entrepreneurs in the field.

With a foreseeable impact on the progress of investment project in the first quarter, Wang predicted that from the outbound investment to emerging markets in China, including South Asia, in technology, media, and telecom alone could shrink by 15 percent for the whole year because of the NCP outbreak.

Richard Ma Xiaoteng, a veteran in the internet industry, said virtual businesses are less vulnerable to the virus outbreak while e-commerce and manufacturing, such as smartphone industry, are highly likely to be affected. Ma’s company invested in the Opera news platform in India.

The situation is stoking worries that Chinese investment in India may fall, which will be precarious for India’s economy given its ambitious plan to develop manufacturing to drive the “Make in India” campaign, experts said.

Liu Xiaoxue, an associate research fellow at the Chinese Academy of Social Sciences’ National Institute of International Strategy, said China is one of the fastest-growing sources of foreign direct investment for India.

In 2019, Chinese companies invested $3.9 billion into Indian start-ups, almost double the amount from 2018.

Realme, a rising Chinese smartphone brand with a key focus on the Indian market, told the Global Times it has reduced overseas business trips for its Chinese employees and left the tasks of running exhibitions and public relations to its Indian team.

Realme said its output has marginally contracted for the moment due to logistics hurdles caused by the NCP outbreak and the delay in production resumption at various plants that manufacture parts for its phones back in China.

But the company said its first-quarter business will not be impacted with planned revival efforts once the epidemic was tamed.

In some aspects, India’s reaction extended beyond the scope of a travel ban.

Kotak Commodity Services Pvt, one of India’s top cotton exporters, reportedly stopped selling cotton to China in late January on concerns the virus could force it to close ports and banks.

The Chinese embassy in New Delhi has spared no efforts in keeping the Indian governments on the look regarding the current situation.

The ambassador emphasized the WHO’s advice, which does not recommend any travel or trade restriction based on the current information available.

However, Liu said the impact of the NCP epidemic won’t affect Chinese investment in India in the long term.

“The outbreak won’t change India’s open and welcome attitude toward Chinese investment, so its impact will be just short term,” Liu said.