There is an underlying anxiety over Jasprit Bumrah‘s form. He has been the showstopper of a rapidly evolving Indian pace attack these past two years. Such has been his impact that his quiet return has left quite a few worried about the potency of the team’s fast-bowling resources.

If Bumrah’s absence due to injury left the followers of Indian cricket restless, his off-colour show in the two home series and the limited-overs leg in New Zealand highlighted the team’s dependence on him. “You can’t expect Bumrah to deliver in every series. One has to remember he is returning from injury. It’s difficult for anybody to keep performing at the top of his game all the time. Even Virat Kohli has had a quiet series,” former India pacer Ashish Nehra told TOI.

Obsession with Bumrah – this is where Indian cricket, which has been flaunting its pace machinery of late, could slip. The Indian pacers have relied more on length balls in the white-ball leg of the ongoing tour of New Zealand. The trademark yorkers, bowled at will, too have been missing.

“Bowling length balls at the death is not a crime. Bowling yorkers incessantly is not an easy thing. If you have pace then you can play around with your length and vary your pace,” Nehra reckoned.

It’s probably time to shift the focus from Bumrah. The men running the senior team should try to build a strong attack beyond him. The upcoming two-Test series offers this opportunity as the most experienced pacer Ishant Sharma is running against time to get fit. 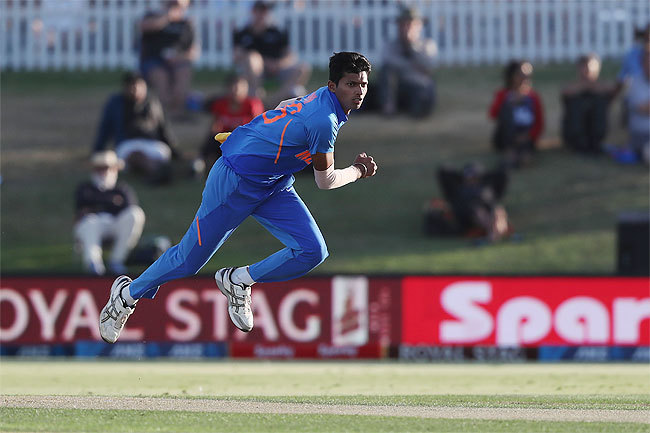 NEXT IN THE LINE: Navdeep Saini has shown skills to reduce the pressure on Bumrah. (AFP Photo)

“The Indian team management could be much better while picking the playing XI. The other pacers, besides Bumrah and (Mohammad) Shami, need to know their roles. They have got used to having Bumrah and Shami firing for the last two years. There’s too much pressure on Bumrah. There has been very little consistency in the team selection so far,” Nehra said.

He added: “Shami is currently the best Test bowler in India. He doesn’t depend on conditions and pitches.”

Nehra’s opinion is based on how the bowlers have been frequently chopped and changed, hoping for somebody to replicate the Bumrah effect. The constant reference of Bumrah while he was out with injury only talks about this unmistakable dependence. This is something that the caretakers of the supply line have been wary of. Paras Mhambrey, who has been working with the U-19 and India ‘A’ teams for over five years, believes in not getting too caught up with the standards set at the top by the likes of Ishant, Bumrah and Shami. “One has to be clear that every individual is different. You can’t expect a Navdeep Saini to bowl like Bumrah or a Bhuvneshwar Kumar to bowl like Shami,” Mhambrey said.

“It’s important to know what the strengths of a bowler are and encourage him to realize his potential. Yes, there is a benchmark set but you have to work with what you have and alter your strategy accordingly,” he added.

With less than 10 days left for the Tests to start, the Indian team management could devise a new game plan around Bumrah. Working on Saini to get his length right could be a good start.

“In the current scenario, Saini is better prepared for Test cricket than Umesh Yadav, since he has the momentum with the team. But he largely depends on the back-of-a-length deliveries. If he can get his length a bit fuller at his pace, he would open up more chances of getting wickets behind the stumps,” Nehra said.

Saini is the only bowler who has the most recent red-ball experience in New Zealand, having toured with the India ‘A’ team last year. “The pitches worldwide have become flatter. It’s the end of the season there and they were flat last year. I am happy to see where Saini is. He has been in the system for three years and now understands his game better,” said Mhambrey.

The resources are all there. Managing them remains the team management’s core job now.