US' indictment of PLA members aims to make 'China threat' theory a consensus in society: experts 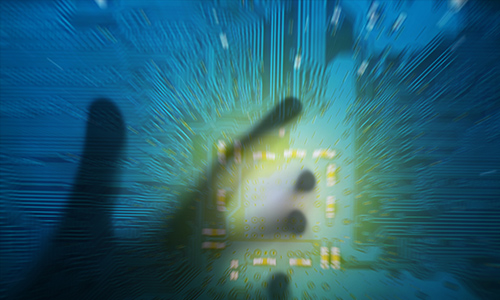 The US is once again groundlessly charging China for alleged cyberattacks, experts said, after US Attorney General William Barr on Monday accused four Chinese military members of hacking into US credit-reporting agency Equifax in 2017 and acquiring data belonging to about 145 million US citizens.

Experts said Barr’s goal is to promote the “China threat” theory, trying to make it a consensus in US society, even if the US uses the most cyberattacks on China.

The US has claimed several times that it was attacked by “Chinese hackers,” but has never provided any persuasive evidence, experts say.

The latest accusation was raised on Monday by the US Department of Justice to a federal grand jury in Atlanta, also home to the headquarters of Equifax. The indictment document claims the four hackers are Wu Zhiyong, Wang Qian, Xu Ke and Liu Lei, all members of the People’s Liberation Army’s 54th Research Institute. 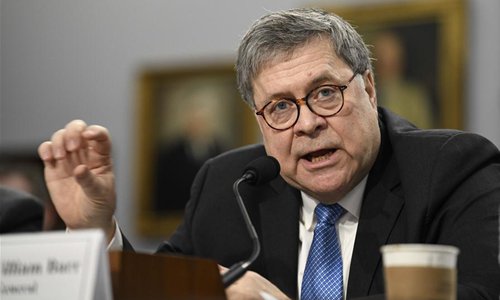 China is a staunch defender of cybersecurity, and the Chinese government and military and their related personnel would never engage in cyber theft of business secrets, said Geng Shuang, a spokesperson of China’s Ministry of Foreign Affairs, at a routine press conference on Tuesday.

From WikiLeaks to the “Snowden Incident,” the hypocrisy and double standards of the US on cybersecurity issues have been clearly revealed. China is also a victim of US cyber theft, eavesdropping and monitoring, and the Chinese side has repeatedly lodged solemn representations with the US over the matter, asking the US to explain and to immediately stop such activities, Geng said.

China’s Ministry of National Defense has said on many occasions that China is a firm protector of cybersecurity and has consistently been firmly against and cracked down on related criminal activities, including cyberattacks, according to law, and the Chinese military has never supported any hacking activity.

The Chinese military’s appropriate development of a cyberspace defense capability is aimed at resolutely safeguarding its cyberspace national sovereignty and data security, the ministry said.

The US, on the other hand, has been vigorously developing aggressive cyberwarfare forces, becoming infamous in cybersecurity issues and groundlessly accusing other countries of cyberattacks. This is a blatant double standard, and the Chinese side is firmly against it, the Chinese National Defense Ministry said.

A report published in June 2019 says that the most cyberattacks against Chinese networks in 2018 came from the US. The information came from an annual report released by China’s National Computer Network Emergency Response Technical Team (CNCERT).

In addition, US penetration of critical information infrastructure in other countries and regions has been unceasing. In June 2019, China’s “Network Security National Team” Antiy Labs released a review of an incident in which the NSA’s “Formula” organization attacked the largest SWIFT financial service provider EastNets in the Middle East, which proved that the “Formula” organization used a national-level network weapon to penetrate and control a business organization network such as SWIFT, layer by layer, in order to gain long-term control and achieve the purpose of having continuous access to its information.

Referring to the latest move made by the US Department of Justice, and hawkish remarks against China made by Secretary of State Michael Pompeo, Li Haidong, a professor at the Institute of International Relations with the China Foreign Affairs University in Beijing, told the Global Times on Tuesday that regardless of the authenticity of their remarks, the US’ high-profile propaganda against China aims to reshape the attitudes toward China of many people working in different US organizations and departments.

This is aimed at forming a political consensus to allege that China poses a threat to the US, said Li.

Attorney General William Barr said that information from nearly 150 million Americans had been obtained, a number that accounts for half of the US population, said Li, noting it may cause panic among the US public. “It shows that some high-level officials not only want to build a consensus inside the government that China is a threat, they also want to walk ordinary people into believing this.”

“Thus we can predict that the US government will launch a series of hardline policies in an intensive manner in the near future, eventually propelling the US government’s competition strategy against China as a sustainable strategy agreed on by bipartisan and cross-social spheres,” said Li.