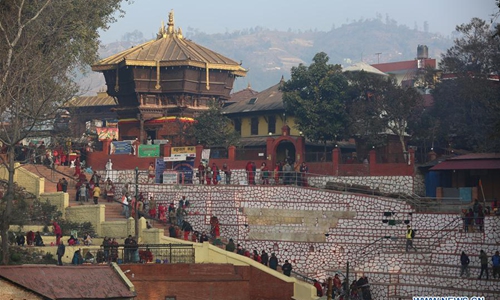 Nepal Rastra Bank (NRB), the central bank of Nepal, has recently granted WeChat Pay permission to operate in the country, nine months after the Chinese mobile payment service was banned by local government due to so-called illegal usage.

The NRB has permitted the NMB Bank of Nepal (NMB) to establish infrastructure and a mechanism to acquire WeChat Pay in Nepal, Gunakar Bhatt, NRB spokesperson and information officer, told the Global Times in an email on Thursday.

WeChat Pay also confirmed with the Global Times on Thursday that Nepal’s central bank had recently allowed it to operate its cross-border payment service in the country through a local partnership.

NMB is in the process of making necessary preparations for this, the Nepali official said.

Local transaction settlements will take place in Nepal and NMB will have an agreement with Nostro settlements and WeChat Pay, the official said, noting that the “presence of WeChat Pay in Nepal will facilitate Chinese tourists making payments and will help Nepal earn foreign currency.”

“It is a beneficial move for Nepal. The widely used digital payment method could help promote Nepali commercial exchanges with China, and will also facilitate daily consumption for Chinese residents in the country,” Liu Dingding, a Beijing-based independent industry analyst, told the Global Times on Thursday.

WeChat Pay has taken a step forward in its global expansion as another country has allowed its legal application, Liu said.

“I started using WeChat two years ago to communicate with my Chinese dealers, and introduced the social media app to my friends,” a vendor who sells scarves in Nepal’s capital Kathmandu and asked to remain anonymous, told the Global Times.

“It will be more convenient for Nepali businesspeople who do business with China to adopt WeChat Pay. And with more Chinese visitors traveling to Nepal, I bet WeChat Pay will play a bigger role here,” he said.

“I haven’t had the chance to try WeChat Pay in Kathmandu because the novel coronavirus outbreak has kept me at home,” an employee surnamed Wen who works for a Chinese firm’s branch in Nepal told the Global Times on Thursday.

There are a few technical issues that need to be settled, a source at NMB told the Himalayan Times.

“But after the epidemic is under control, I believe many Chinese tourists will come as this year is Nepal Tourism Year,” Wen said.

In May 2019, Nepal banned WeChat Pay and AliPay, saying payments from the unregistered systems were illegal. That resulted in a loss of income for the country, according to media reports.

Chinese digital payment firms should take care to comply with local rules and laws in foreign markets, Liu said, noting that seeking cooperation with local partners to pursue reciprocal benefits is more important, and would allow them to pay local taxes and offer jobs for local people.